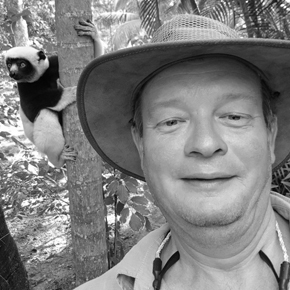 Conrad Hennig’s passion for the great outdoors started early in sub-urban Johannesburg, South Africa , whilst falling out of tree houses busy identifying Barbets and Ibises with a 3rd edition of Roberts’ Birds of Southern Africa in hand. Conrad read a BSc.(Hons) in Zoology at the University of KwaZulu Natal, it soon became apparent that his aptitude lay not in dreary scientific methodology but with people. His love for all creatures great and small saw him complete his diving instructors’ course, collect insects from all over for his “collection” still found on the study wall and eventually join Wilderness Safaris in Malawi. After two years of running safaris in this little-known country, Conrad was transferred to, and completely mesmerized by, the Okavango Delta in Botswana where he made his home running safaris for the next 5 years.

He also led safaris for NGOs and Alumni throughout southern Africa as well as further affield in the wilds of Madagascar and eastern Africa. Over the last eight years Conrad has fallen in love with the Polar Regions of our planet, particularly Antarctica and northern Canada. He now leads expeditions to these last great wildernesses of our planet, as well as participating as lecturer and naturalist on nuclear-powered icebreakers to the North Pole. Over the last couple of years Conrad has started his own safari company, Starry Starry NIghts, based out of Johannesburg, South Africa. 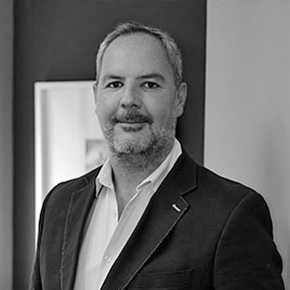 It is with great pleasure that we welcome Riaan Momberg to Starry Starry Nights. Riaan brings to our company huge amounts of travel passion, ingenuity, and integrity. He has been in the travel industry for twenty years, at Tourvest DMC and Flight Centre, has lived in New Zealand and London. We are thrilled to have him join us as operations director.

“One of my favourite travel moments has been in Antarctica where our 46-passenger ship, the Professor Molchanov, traversed the famed Lemaire Channel, Antarctica, in perfectly calm, sunny weather. It was life changing, and I knew that seeking out the wildest parts of our planet was going to become an obsession.”.

Riaan was instrumental in making the South African 2010 Soccer world cup the success that it was in what notably was a massive occasion. We wish him all the best and much happiness in our company. 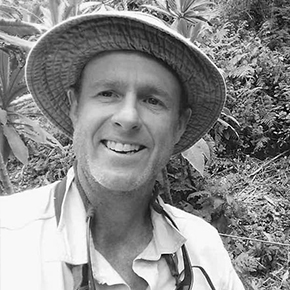 The call of the wild began early for Lee, growing up on his parents’ farm in rural Kwazulu Natal, South Africa. Armed with a fishing rod or camera, he explored the bush during every spare moment. After schooling in Pietermaritzburg and completing a Diploma of Forestry at Saasveld in the Southern Cape, he worked as forester in KZN. In 2000, he headed for the bush and for the next 10 years worked for Singita Game Reserves in three different countries. He was, during his time there, a Guide, a Head Guide, and during his last 2 years, a Specialist Guide and Guide Trainer, based out of Tanzania.

There are few African wildlife hotspots that Lee has not visited. He lists the Gorillas of the rain forests, the snow capped peak of Mt Kilimanjaro, and the endemic wildlife of Madagascar as his most memorable and favourite experiences. Now married to Claire and based out of KZN, South Africa, Lee leads photographic safaris into Africa and Madagascar. Lee also trains Safari Guides and is a keen mountain biker, hiker, paddler, and fisherman. When not traveling, he has an Outdoor Education business, taking school kids on wilderness skills courses and adventure trips. 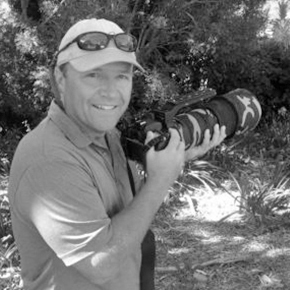 Charles grew up in Cape Town and from a very early age had strong ties to exploring the environment. Both his parents actively sought to travel and explore southern Africa with kids in tow. His formative years were, as Charles puts it, “like paging through a copy of National Geographic”.

Soon after school, Charles did a game ranger apprenticeship at one of the bush lodges in Mpumalanga province, adjacent to the Kruger National Park. Having obtained a diploma in Nature Conservation, he then returned to the area to lead guided tours and trails. Furthering his studies, Charles obtained a Masters degree at the University of Cape Town – his thesis involving the conservation of a key farmland bird species. Subsequently, Charles returned to his guiding roots, is married with 2 daughters and currently resides in Cape Town. He is passionate about birds, photography and fly-fishing. 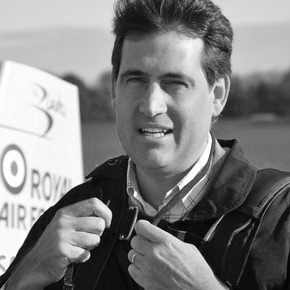 Patrick has over 22 years experience in the Southern African tourism industry, having started in the inbound business at Thompsons Africa in 1992 with Linda Pampallis. Patrick was made a director of Thompsons South Africa in 1994 and finally acquired a share-holding in the Thompsons Travel Group in 1997, before the company was sold to the JSE-listed Cullinan Holdings Group. For the past 10 years, Patrick was the Managing Director and a share-holder of Seasons in Africa, a premium hotel management & marketing company. At the end of 2013 Patrick sold his interests in Seasons in Africa to found Luxury Africa Destination Management, a high-end DMC. The company specialises in offering exclusive services for their travel trade partners. Operating in South Africa with their our own bespoke luxury Landrover Disccoverys, they interpret the client’s travel requirements, using their expertise and first-hand knowledge of the finest properties and activities, translating them seamlessly into top luxury experiences. Patrick personally guides clients in the Western Cape, and is passionate about the beautiful city of Cape Town that he calls home! In his spare time Patrick enjoys spending time in nature with his 3 kids, as well as flying single-engine aircraft. 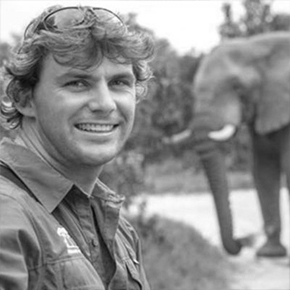 Callum has been in love with all things wild from a very young age. After embarking on a degree in commerce he soon realized that his passion for the African bush could not be extinguished. During his 2 year diploma in Game Ranging and Lodge Management he worked as an overland safari guide, which took him to some incredible places throughout Southern Africa. Upon completion of the diploma he started guiding in the northern most part of Kruger National Park, a little paradise known as Pafuri. During his 6 year stay at the camp working for Wilderness Safaris, he helped to set up the Pafuri walking trails and developed a true love for walking in the bush. Having achieved the highest guiding qualification in South Africa in 2011, Callum moved to Botswana to embark on a childhood dream, to guide in the Okavango delta.

After a short stint of managing camps he obtained his Botswana guides license and for the next 3 years he guided guests through the wilderness of Botswana, working in some of the most remote areas on this planet. His base for most of this time was the famous Mombo Camp in the heart of the Okavango delta, where he has witnessed some of natures most amazing events unfolding in front of his eyes on a daily basis. With a keen sense of adventure, Callum will spend the majority of his off time exploring the continent he loves most… Africa. Wildlife photography, birding, tracking and walking in the bush are his ever-growing passions and he loves nothing more than sharing this and his knowledge with others. Now, based in Cape Town, he manages to balance family life with the bush by still being able to privately guide guests throughout the continent. 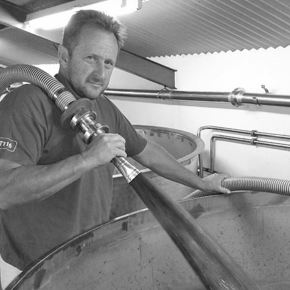 David van Niekerk was born in 1963 in Cape Town, South Africa, he has always had a drawing to the sea and the activities involved with it.

After matriculating in the Cape, he spent a 6 month stint in Europe to find his worldly feet followed by a mandatory further 2 years of National Service back in South Africa. He went on to study Industrial Psychology at the University of Stellenbosch as well as various Diplomas in Oenology and Viticulture. He has been involved in research with the West Coast crayfish (Jasus Lalandii) on the West coast of South Africa while studying at University; this lasted for three years during his vacations.

He is a keen yachtsman, sailing keel boats and multi hulls, having competed in sailing regattas nationally, internationally, Africa as well as Trans-Atlantic. David has spent much time fishing, spearfishing and diving in the Atlantic and Indian Oceans. He has also found the time to overland around Namibia, Botswana, Zimbabwe and South Africa with his wife.

David started his working career in investment banking with the First Rand Group and after 14 years decided that there is more to life than occupying a small office and started to build his own wine cellar, High Constantia Wine Cellar, in 2000.

David’s new career of wine making started and since then he has planted and managed 14.5 hectares (31.9 acres) of vineyards in the Constantia Valley, the first and oldest wine producing area in the Southern hemisphere. High Constantia`s sparkling wine, Clos Andre, has been chosen to represent South Africa at the Tri Nations tastings as well the red and white wines which were presented amongst some of the top wines in the world during First Growth tasting held in South Africa.

He has also travelled broadly in Europe, North America, South America, Middle East, India, Sri Lanka, Bangladesh, most of the countries in the Indian Ocean, and lastly, Africa – North, South, East and West. 2017/8 has seen David traveling to 30 countries bordering the Indian and Atlantic Oceans in 2017 while lecturing. 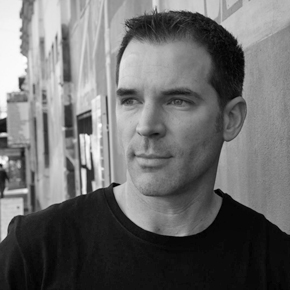 James Delaney is a contemporary painter and printmaker who lives and works in Johannesburg. He has taken part in over 20 group and solo exhibitions in South Africa and the USA. James is our point person for all that is happening in and out of Johannesburg. He often leads special- interest groups such as art-focused, and community-focused travelers for Starry Starry Nights. He is an extraordinary artist. 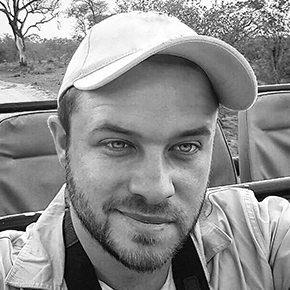 “Cameron Scott grew up in the Eastern parts of Johannesburg and studied at the National College of Photography.

He then followed his dream of wildlife photography through enrolling in an intensive field guide program within the famous predator rich Sabi Sands Private Game reserve. During his time as a professional field guide, Cameron’s passion for people and the education of guests in the field of nature and conservation grew into a desire to broaden the scope of what he was doing locally into a more extensive International African experience.

His dream is to take his guiding beyond the borders of Southern Africa, into the whole of the African continent and the rest of the world’s wild edens.

He wants to create life altering memories through education and photography and by instilling the passion and love he has for Africa and its incredibly diverse nature in the hearts of everyone who shares these magical experiences with him.”